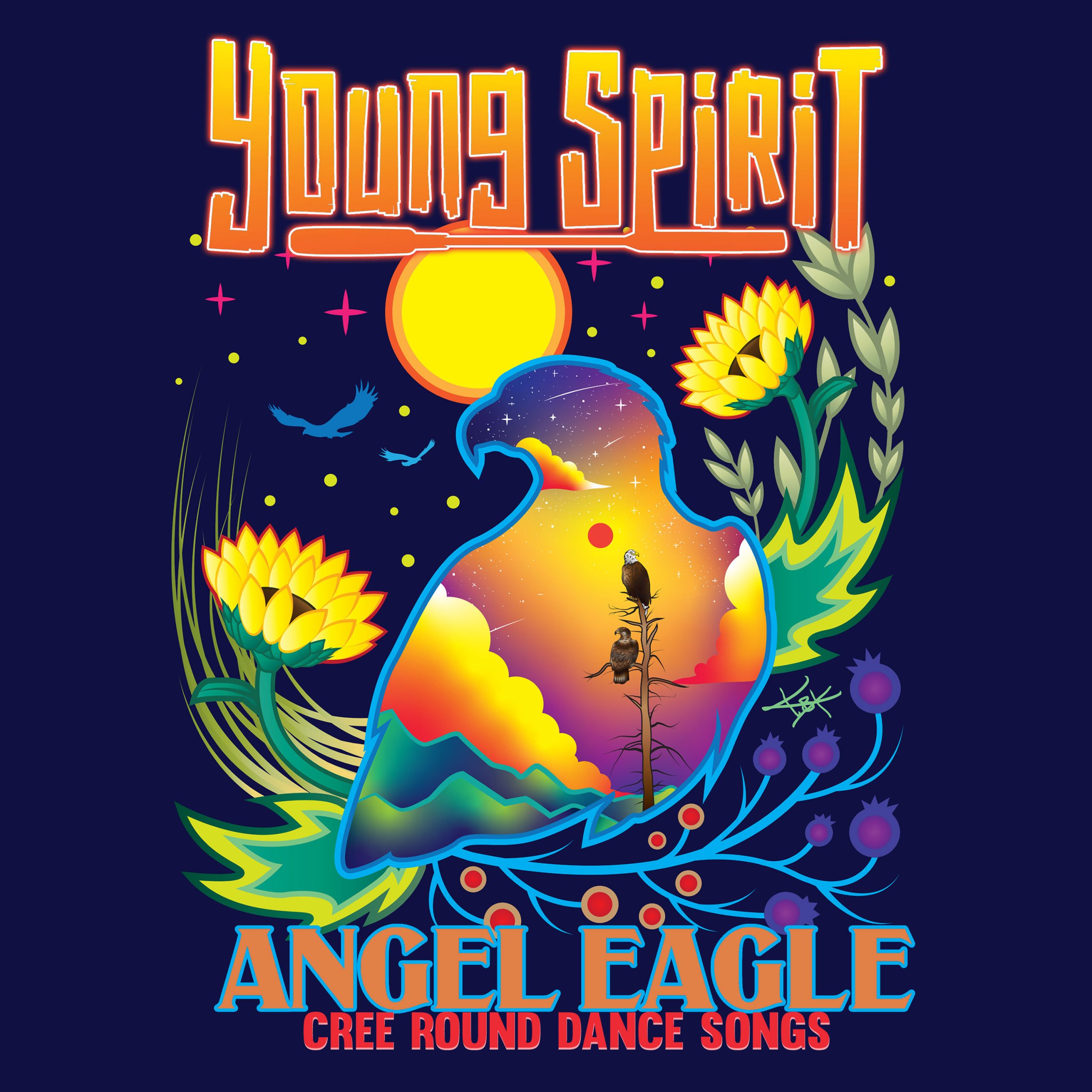 Founded in the Frog Lake Cree First Nation, Alberta, Canada, Young Spirit (oskiyak kīsik in Plains Cree) has quickly become one of the most in-demand and respected groups on the Pow-Wow trail and the Round Dance circuit. The group was founded in 2001 and first sang at the Samson Cree First Nation Pow-Wow that same year. Since then the group has never looked back and has traveled ceaselessly throughout Canada and the United States.

From its inception the group was created with the goal of empowering Indigenous/Native American/First Nations youth with music and language. Noted for extensive use of the Plains Cree language in their Round Dance and Pow-Wow songs, Young Spirit view its music as a dynamic catalyst for sustaining Indigenous culture and sharing its importance with the world.

Amongst the many singing championships Young Spirit has won over the years, the drum group earned the 2013 and 2018 Worldwide Championship title at the Gathering of Nations Pow-Wow in Albuquerque, New Mexico. Their album Mewsinsational – Cree Round Dance Songs earned them an Indigenous Music Award for Best Hand Drum Album in 2018. The same album received a nomination in the Best Regional Roots category at the 61st Annual Grammy Awards.  Young Spirit created a viral media sensation when they performed one of their acclaimed Round Dance songs live on the Grammy red carpet, taking Indigenous music to a place that it had never been shared before.

According to Young Spirit’s drum keeper Jacob Faithful, the group is most happy when they have their families and kids singing and traveling with the group. The group can sum up much of its outlook with this statement – “Life is precious and we all have a choice about how we use our time here on Mother Earth.”

Page load link
We use cookies on our website to give you the most relevant experience by remembering your preferences and repeat visits. By clicking “Accept”, you consent to the use of ALL the cookies.
Cookie settingsACCEPT
Manage consent